How To Write An Uncommonly Good Common App Essay

In Part I and Part II of this blog, we discussed the Common App’s essay prompts, and then provided you with several suggestions (with essay excerpts from successful applications) – about how you could create a good “hook” opener. In this blog, we’ll revisit the essay prompts and suggest how your personal life could provide a fountain of topics to address them.

Prompt #1: Some students have a background, identity, interest, or talent that is so meaningful they believe their application would be incomplete without it. If this sounds like you, then please share your story.

While the prompt may seem wordy, the net request asks you to write about something central to who you are, something not covered – or insufficiently covered – elsewhere in your application. The key word: “identity.” The background that’s important to your identity could include family history, ethnicity, religion, obstacles you’ve overcome, or anything else in your past and/or present that makes you who you are. An interest that’s central to your identity might be, for example, volunteering in service to others, chess, debate, free diving, journalism, molecular biology, protecting the environment, writing poetry – in a word, anything that’s central to understanding you. What’s your talent? Painting, sculpture, music, writing, acting, singing, or dance? Athletics, debate, extemporaneous speech? Consider something like understanding others’ points to view well enough to be an effective negotiator and peacemaker. There’s no topic that’s superior to others. What makes the essay shine is your expressiveness, how well you observe yourself and the world around you. You could write about a termite colony with such keen insight that the reader will straight away know who you are.

Prompt #2: The lessons we take from obstacles we encounter can be fundamental to later success. Recount a time when you faced a challenge, setback, or failure. How did it affect you, and what did you learn from the experience?

How you were changed by a challenge, setback, or failure you’re writing about is key to your response. The admissions officers will be bored to tears by essays on trivial problems such as “I failed to get the grade/score I wanted” and the far-too-common “I/we lost but I learned” sports essays – which they might not even finish reading. Further, they’ll be turned off by tales of woe related to failure. What will turn them on is an applicant whose story is an upbeat one that demonstrates resilience, determination, the ability to learn and change, some depth of thought, and the willingness to take measured risks. Your challenge might be related to your family’s finances, health, or other special circumstances. Or it could be related to a physical problem – a disability or a sports injury that required a long rehab, or a personal issue – maybe shyness, fear of speaking in front of a group, stuttering, or some other impediment. Because people respond positively to positive people, and because positive people tend to view as only a temporary setback what others might consider failure, you should approach any essay dealing with setbacks or failures from an upbeat point of view. Remember to focus on how your experience made you feel and how it changed you for the better. 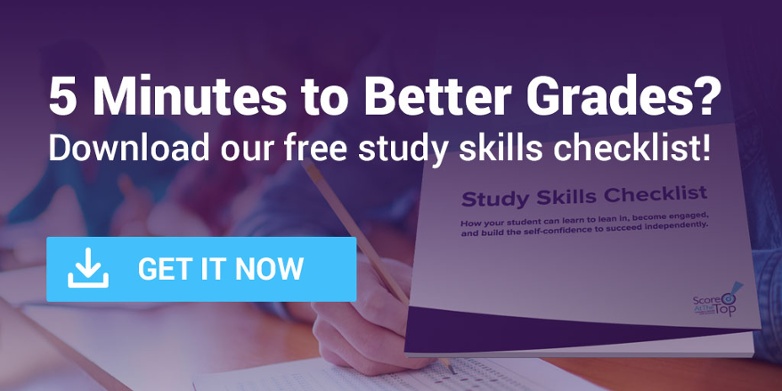 Prompt #3: Reflect on a time when you questioned or challenged a belief or idea. What prompted your thinking? What was the outcome?

The idea or belief that you challenged could be somebody else’s, your own, or a combination of the two. But whatever it is, it must be something about which you felt/feel deeply, or you won’t be able to interest the readers. Unless you’re an exceptionally good writer, you need to have acted instead of just thinking about it: Internal catharsis requires a denouement of external action. What you write about could be something like the concept that females are inherently weaker than are males in STEM subjects, that one of the many religions or political philosophies is more exclusionary than others, that western philosophical thought is more beneficial to mankind than is eastern philosophical thought – or vice versa – that beliefs you grew up with might be wrong, that the internet is making us dumber, or anything else that kindled a fire of inquiry and challenge in you.

Prompt #4: Describe a problem you've solved or a problem you'd like to solve. It can be an intellectual challenge, a research query, an ethical dilemma - anything that is of personal importance, no matter the scale. Explain its significance to you and what steps you took or could be taken to identify a solution.

This is another “could be anything” prompt and, again, it needs to be sufficiently meaningful to you that you can write about it in ways that show your depth of interest. The intellectual challenge might be reconciling quantum mechanics with our perceptions of everyday life, why societies often don’t learn from their mistakes, endowing artificial intelligence with the ability to program itself to solve novel problems, or how best to make robotic devices respond to the thoughts of their operators. Several of those might also be used to respond to the “research query” prompt, as might any of a number or questions dealing with cutting-edge biotech research involving such things as recombinant DNA and genetically modified organisms. And, for an ethical dilemma, there’s the conundrum of ostensible friendship weighed against physical endangerment, as when you consider whether or not to rat out a friend whose debilitating drug use you learned about. Does loyalty create its own “morality”?

Prompt #5: Discuss an accomplishment, event, or realization that sparked a period of personal growth and a new understanding of yourself or others.

Because it spans everything, from accomplishments and events to realizations, this is another “could be almost anything” topic — but only if you focus on how it changed who you are and how you view the world and your place in it. Write about how your volunteer work with a cause or an internship brought you into contact with other people and new, transformational concepts. Write about how a leadership position in some activity revealed your own capability to lead and inspire others. You could also write what you learned from a particularly good teacher about dealing with others, with instances of how you’ve applied that learning in your own interaction with peers. Have you ever felt that helping other people succeed was even more fulfilling than achieving those same successes? Some exceptional possibilities there (without exception, admissions officers would absolutely love that).

Prompt #6: Describe a topic, idea, or concept you find so engaging that it makes you lose all track of time. Why does it captivate you? What or who do you turn to when you want to learn more?

This is one of the two new prompts, and, as we said in the second paragraph of this blog, any of the interests that you might have decided to write about in response to prompts #1 and #4 could be topics of this prompt, too; many of the suggestions we’ve made for those prompts are applicable to this one. Write about your passion, what got you interested in it, and what you’ve done to further it. Remember that the things that you’ve done to further your passion will demonstrate to admissions officers your willingness to engage in self-motivated learning, which is an exceptionally valuable character trait to present to them. You could write about knitting, the US Civil War, reading, writing, music, particle physics, gardening, French literature, world history, raising llamas, the intricacies of the Krebs cycle, and virtually anything else about which you can celebrate your geekhood, and demonstrate your determination to learn more.

Prompt #7: Share an essay on any topic of your choice. It can be one you've already written, one that responds to a different prompt, or one of your own design.

This is the other new prompt, and it subsumes all of the others. You could write “about” any of the other prompts and “pretend” that you’re responding to this one, or you could go really creative and pitch something at admissions officers that they’re unlikely to see from anybody else…

…but never forget that the task is the same no matter which prompt you choose: You need to hook the readers almost immediately and make them want to read the rest of it because you’re presenting yourself as an interesting person who’s likely to be a good student and positive contributor to the school’s community.

Never forget that we’re here to help - with initial ideas, through multiple drafts, and all the way to the “submit” stage. Call us today at 561-241-1610 to let us help you get started on writing an uncommonly good Common App essay.